In our latest conversation with an insurance technology executive, James Tribe, Head of Content & Data for Magellan™, caught up with Ben Laidlaw, Chief Technology Officer at Carbon Underwriting.

James: What is Carbon Underwriting and why did you start it?

Ben: CarbonUW is a business with three core pillars:

We work mostly with high-volume business lines like commercial property and international SME, where our coverholder and consortium partners can source a technological edge using Graphene. We see this tech-enabled data sharing as the major value add that we can offer to our partners.

James: Tell us a bit more about Graphene. Why did you decide to build this technology rather than use a third party system?

Ben: We initially built Graphene for a single key customer – ourselves. We were looking around at providers doing different parts of the coverholder chain, but we couldn’t find a solution with functionality ‘from cradle to grave’. So in the early days we were doing everything ourselves. We were doing fancy pivot tables, then we were adding nice visualisation on top of that, and so on – and the further we got down into what would become Graphene, the more we saw there was this huge, huge advantage.

After over a year of “in-anger” development Graphene is already up and running for all of our partners enabling seamless data sharing. Mostly thanks to Graphene we are externally spreadsheet-less. We never share a spreadsheet. I’m not sure if anyone else in Lloyd’s today could say that.

We will shortly be offering Graphene as a licensee platform too so that anyone interested in accessing the data sharing benefits of the tool can do so. That especially goes for anyone looking to make better use of data pulled from DDM; data pulled from varying streams of bordereaux, or tech-MGAs looking for more sophisticated data visualisation and presentation.

James: How did you attract and build the tech team that made Graphene possible?

Ben: To address the elephant in the room, yes – hiring for tech is very tough, especially recently. We’ve seen tech roles that have had 30% wage increases across the market in just the last months. It’s further complicated by the fact that we’re trying to entice people from other cutting-edge fields. Our Head of Data Architecture Mark came over from hedge fund analytics. But despite these challenges 45% of our headcount is on the tech side.

For us, a key part of the hiring process is being able to convince talented developers of the size of the prize that exists in insurance technology. For example, Mark told us in an interview that his last role, which was in algorithmic trading, was about reducing transaction times from 20 milliseconds to 10. I said we’d be making a step change in insurance if we could reduce data transfer times from 3 months to one month! When you have step changes like that to aim for, talent can see that there’s potential for hugely impactful change.

James: It’s been taken for granted in insurance that industry expertise is crucial to building successful tech. How do you organise the tech and business sides of Carbon UW?

Ben: From day one, we’ve focussed intensively on creating a completely unified tech and underwriting team. Our tech people are doing as much underwriting in our binders as the core team. They sit physically between the underwriters and operations teams. We all attend the same stand-ups. It’s about complete business integration.

Regarding that expectation of industry experience, I don’t think you require that background to do good work in insurance. But as a company you do need a completely integrated model. As Graphene develops and we move towards even more exciting uses of our open data such as algorithmic underwriting, that cohesion will become even more important. In the future some of the tech guys may end up knowing more about the underlying data than the underwriters!

James: Your company has ‘carbon’ in its name – tell us a bit about your ESG policy.

From an internal point of view, we have a broad diversity of staff and diversity of background and we are very protective of the culture we have built over the last four years. As we evolve, our intent is to bring in more structured, diverse hiring practices and implement a socially beneficial hiring process as well.

Ben: I think there are some really key indicators from Lloyd’s that we’re seeing a push to the finish line, given the amount of investment it’s raised and the sincerity of the senior positions assigned to the Lloyd’s data council. It’s clear that they recognise data as the essential plumbing for how business will be transacted in the future. In my opinion they’re doing the right things.

What can’t be overstated is the complexity of what’s being done. Just look at the size of the contracts between DXC, IUA and Lloyd’s! The back-office optimisation that’s needed is highly complex. In that context the timelines laid out are aggressive, but Lloyd’s have also laid out a very clear route from A to B.

In my opinion the key thing to drive modernization in the next 2-3 years will be whether the market implements mandates. There’s talk of two systems of electronic trading and more, but will Lloyd’s be strong enough to put a mandate in place to force participants to only use X, Y or Z. The larger incumbents have to seriously consider the question: if a mandate were put in place for, say, two years’ time, would they be able to support that? I get the feeling that would be a lot to ask for some of those major players.

Overall, I admire the structural changes Lloyd’s have implemented being around plumbing and data.  They’ve left everything to do with sourcing competitive advantage from data to the market, which is absolutely the right thing. In the future we’ll increasingly see quality of data becoming the major area of differentiation. How well your business can ingest data, analyse it, and share it with its partners will be what sets you apart and gives you a competitive edge.

Carbon is by no means the first InsurTech to make plays on both the ‘distributor’ and ‘supplier’ sides of the fence simultaneously. Recently-acquired Trov started out as a full-stack insurer before pivoting to focus on its technology. Oscar Health is selling insurance in the US while also building its full-stack tech platform into a unique tech offering, +Oscar. Both of these plays have been in highly competitive mass-market personal lines, however. In the Lloyd’s market, a combination of complex processes, fragmented data sharing and ingestion methodologies, and a less crowded market arguably make it an even more ideal environment for a start-up taking this approach. The tech team that Ben has brought together and integrated into the wider team is also impressive, and represents a major early success in Carbon’s journey.

Another advantage of the dual supplier-and-distributor approach is that CarbonUW’s success is partially predicated on proving the value of their own platform. Though they aren’t doing Brit Ki style algorithmic underwriting themselves yet, Carbon’s syndicate-in-a-box will no doubt draw eyes over the coming months and years, as a proof-of-concept for ‘tech enabled’ Lloyd’s underwriting. Mandates notwithstanding, this may be the best way individual actors can accelerate the Lloyd’s transformation – by building the capability, they can let the market see the size of the opportunity for itself.

Find out more about Carbon Underwriting on Magellan 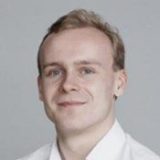 James manages the content and data for Oxbow Partners’ insurance technology navigator, Magellan. He has previously worked in a similar role building a database of high growth UK start-ups. James has a first class degree in English Literature from the University of Exeter.

Welcome to our first InsurTech Impact 25 member update of 2022, focusing

Ditch the whiteboard: A different perspective on innovation in insurance

The term ‘InsurTech’ is now almost a decade old, and the number

In January 2022, Lloyd’s released the second edition of their Blueprint Two