RightIndem is digitising and automating the motor claims process to provide customers with a better experience and insurers with better data and lower costs.

RightIndem was one of Startup Bootcamp’s 2016 graduates. It was founded in January 2016 by David Stubbs, a motor insurance claims specialist, and Graham Blaney, an IT and outsourcing expert.

The company offers multiple product modules, from electronic notification of loss (“ENOL”) to repairs and settlement. It is increasingly moving into the analytics space, running algorithms on its data to validate claims. This should allow insurers to pay small claims automatically in the future – as David puts it, insurers can go from “from legacy to Lemonade in under three months”. (Lemonade famously advertise that they hold a world record for the time taken to pay a claim.)

Another interesting enhancement is a module built for emerging markets, where fraud tends to be weighted more to the supply chain rather than application or claims processes compared to developed markets. RightIndem are building a claims auction process, where suppliers can bid on individual repairs, thereby cutting out inflated costs from tied repairer networks.

David notes that indemnity spend for partners is “down 10% depending on the vertical”. The business is now in motor, marine cargo and building propositions in multiple other verticals (e.g. health, workers comp).

RightIndem have had a strong first couple of years. The company has just signed an implementation contract with an undisclosed UK motor insurer and completed POCs with multiple insurers in Germany and the US. Their progress has not gone unnoticed, with the business winning the 2017 ‘Insurance Times Best Use of Technology for Customer Experience – Claims’ award and a place at ‘Plug and Play InsurTech Accelerator’ in Silicon Valley.

In our note of January 2017 we said that RightIndem had to prove that claims digitisation could “go mainstream”. We noted that many industry practitioners believe that claims are either too complex or too emotional to be automated.

We believe that this hypothesis is gradually being proven. RightIndem is making progress; we see full implementations as critical proof-points because they imply that at least one informed buyer has had full sight of the proposition (in a POC) and is convinced that it can add value to their business. In addition, other insurers are making progress with claims automation – Lemonade being the best example with its “AI Jim” claims handling bot. We always believed that this side of the argument would prevail.

We now think that attention should shift to the economics that result from improved claims processes. In our recent note on Lemonade (15 September) we said we worry about claims fraud (and therefore profitability) with all InsurTechs who make a big deal about their claims service. RightIndem is different as the business does not force insurers to go to automated, sub three second claims to achieve a marketing objective. Instead, the software gives insurers a tool to take greater control of their process. Nonetheless, we will be interested to observe how the ease of claim vs. indemnity spend dynamic develops for its clients. 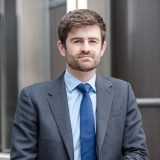