19 May: What’s going on in ESG and insurance?

Welcome to our ESG roundup, keeping you up to date on the insurance industry’s most significant ESG-related news. The highlights this month: Activist pressure continues to rise on Lloyd’s of London and Oxbow Partners prepares to launch landmark ESG report.

Read our summary and analysis below.

Lloyds of London, the London market and ESG

Activist pressure continues to rise on Lloyd’s of London

Lloyd’s of London have featured heavily in ESG insurance news over the past fortnight, both for positive and negative reasons. Firstly the Lloyd’s AGM is today (Thursday the 19th) and following recent environmental activism, highlighted by the closure of their offices following an Extinction Rebellion blockade, Chairman Bruce Carnegie-Brown released a note to the market urging participants to stay home and attend virtually.

In response Extinction Rebellion said their tactics are working and committed to further “non-violent disruption” at Lloyd’s. All not so good for Lloyd’s. On a positive note, however, in anticipation of the AGM Lloyd’s released a bulletin reaffirming their commitment to ESG as one of their two key areas of focus. This includes requiring that all syndicates submit an appropriate ESG strategy and framework document as part of the 2023 planning process. More detail will likely be provided at the AGM and over the coming weeks – so watch this space.

One of the biggest challenges for (re)insurers on ESG is understanding how they compare to peers. In partnership with the BDA, we are launching a landmark report on 24 May at the Climate Risk Summit in Bermuda, covering this very area.

In the first analysis of its kind, we have spoken to over 20 Bermuda-based (re)insurers and ILS funds about their approach and strategy on ESG, and aggregated the findings into a structured set of themes in our report entitled: “ESG in Bermuda: The Rising Tide – The maturity of ESG on the island and what it means for the (re)insurance industry”.

We provide a unique assessment of the Bermudian (re)insurance market, what carriers see as the drivers and barriers to further ESG development and how far they embed ESG across all parts of our framework. This will be supplemented with perspectives from leaders in the market globally and locally including from UNEP-FI, Bermuda’s Deputy Premier, the regulator (BMA), the stock exchange (BSX), and others (including ABIR, ClimateWise and IDF).

You won’t have seen anything of its kind before – we will be sharing sneak peeks on our social media, and if you’d like to receive it on the day, sign up below.

The report will be launched Tuesday, 24 May.

Sign up receive a copy of the report on the day

Lloyds, the London market and ESG

In a bulletin issued to the market this week ahead of their AGM, Market Oversight Director Peter Montanaro outlined ESG as one of the key focus areas this year in addition to the high inflation environment. The memo reinforced the previous ask back in October 2021, that all syndicates submit an appropriate ESG strategy and framework document as part of the 2023 planning process. According to the memo further details will be revealed later in May.

Lloyd’s have urged their members to attend their AGM virtually this week (Thursday 19th of May), following recent climate protests at the marketplace. Lloyd’s last month warned of the potential disruption but have since said that risk has “significantly increased”. In the memo, Chairman Bruce Carnegie-Brown said “to ensure the safety and security of our members and to allow the meeting to proceed in an orderly and fair manner, it is with regret that I must now strongly encourage all members attending the AGM to join virtually and not to attempt to enter the Lloyd’s Building”. Back in April Lloyd’s was forced to close for a day following protests and blockade from Extinction Rebellion.

Following on from news that Lloyd’s has cancelled its in-person AGM, The Insurer approached Extinction Rebellion who said they are “committed to non-violently disrupting business as usual until Lloyd’s of London ends its underwriting of fossil fuels”, outlining that they know their tactics are working. Lloyd’s Chairman Bruce Carnegie-Brown this week met with representatives from two climate groups, Mothers Rise up and Parents For Future UK.

According to London & International Insurance Brokers’ Association (Liiba) CEO Christopher Croft, a flexible regulatory framework that allows London market players to explore ESG opportunities is critical to realise US$125bn per year net-zero opportunity by 2030. A figure which came from Liiba’s presentation to the All-Party Parliamentary Group on Insurance and Financial Services.

Swiss Re: Investors to increase focus on the S in ESG (The Insurer – subscription required)

Swiss Re, in their latest Sigma report, highlighted that after years of being an under-represented investment theme and risk factor, social issues such as diversity, inclusion and equality are rising up the agenda. Swiss Re highlighted the role that insurance can play in working with the public sector in reducing inequality.

Allianz has announced that they are withdrawing cover for and investment in several fossil fuel projects from next year, in addition to ceasing insurance for existing fossil fuel clients when policies come up for renewal. The new policy applies to the biggest fossil fuel producers, categorised as those with above 60 million barrels of oil equivalent production in 2020 – which are estimated to represent about 85% of global production.

Bermudian carrier Fidelis has become the latest insurer to join the Net-Zero Insurance Alliance (NZIA). Chairman and CEO Richard Brindle outlined that Fidelis “intend to reach the net zero target well before 2050 and in line with the NZIA principles…will be publishing interim targets in 2023”. Furthermore, outlining that the insurer is already developing underwriting metrics on all three elements of ESG.

AXA and consumer goods group Unilvear outlined their plan to invest €100m each into the new regenerative agriculture fund managed by Tikehau Capital. The fund is dedicated to enhancing biodiversity and mitigating climate change by scaling up regenerative farming, a solution which could help companies and governments meet lower greenhouse gas emission targets.

Wills Towers Watson announced they are working with the WWF to launch a new financial initiative to help increase climate resilience in fishing communities in Fiji and Papua New Guinea.

Last week (week commencing 9th of May) was the Biba conference, where ESG was high on the agenda of the association and was the central message that underwriters were looking to get across to their broker partners. 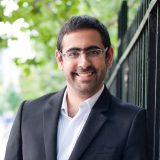 Miqdaad is Head of ESG and a Principal at Oxbow Partners with a particular focus is on ESG & Sustainability, and reinsurance. His past experience includes 4 years at Oliver Wyman Financial Services and 2 years in the Strategy team within Commercial Cards at the Royal Bank of Scotland. Miqdaad has a first class degree in Mathematics from the University of Oxford.

11 August: What’s going on in ESG and insurance?

28 July: What’s going on in ESG and insurance?

7 July: What’s going on in ESG and insurance?