Last week the FCA released its preliminary report into insurers’ pricing practices in home and motor insurance in the UK. An Oxbow Partners summary of the document can be found here.

The FCA’s research has found that insurers optimise prices based on a customer’s propensity to switch providers at renewal. This means that customers less likely to switch are more likely to pay higher prices than those who are willing to shop around. Those who are less likely to shop are also more likely to have features of vulnerability (e.g. age, health). The FCA’s findings also show that lower income customers pay a higher margin than higher income customers in home insurance.

The FCA finds that competition in the market is healthy for consumers who are aware of their options and willing to switch providers.

The FCA has identified three ways in which the market could be fairer and proposed a number of remedies against each objective.

This post provides commentary of the FCA’s proposals, structured around its three objectives. For each objective, we have identified the remedies which we believe to be the highest and lowest impact on insurers (in terms of economic impact and effort to implement).

The FCA has proposed supply-side actions that have the potential – if broadly applied – to fundamentally change the market.

Lowest impact remedy: Requiring firms to “engage” with customers to give them information about alternative deals and identify those who may need help in moving to better priced products with equivalent cover

Requiring insurers to auto-switch consumers would have a huge impact on their business models. This remedy, if applied broadly, would have the potential to fundamentally reshape the industry. In an extreme scenario, price comparison websites (PCWs) would lose their central role in insurance distribution as consumers feel like insurers have done their work for them. This, in turn, could reduce switching in the market, protect the books of certain insurers (e.g. those with a strong direct brand) and shut out ‘challengers’ who rely on PCWs for growth. The median price point for the market could increase with the double-whammy of the share of keenly-priced new business reducing and the skew between new business pricing and renewal pricing lessening.

There can be no doubt that the FCA is aware of the myriad of unintended consequences that highly intrusive action could have. We are therefore not surprised that the FCA also proposes remedies that apply only to certain sub-sets of the market, for example those who have renewed multiple times or who are paying very high prices.

Whilst the economic impact is still hard to judge, this set of remedies would create significant technology infrastructure costs for insurers. For example, insurers would have to identify and automate the switching of consumers to an optimally priced product. The effort may be similar to work carried out when the FCA mandated that expiring premiums had to be shown at renewal.

However, the challenge goes far beyond operational issues. A ‘medium impact’ remedy such as restricting the use of particular factors in setting prices and determining margins illustrates the complexity of the topic.

There is, of course, no single rating factor for ‘switching propensity’ and the inputs that determine switching propensity are likely to overlap with factors used to determine risk profile. Insurers would have to be religious about their separation of risk price and street price, not least to prove that any correlations are justifiable. (For example, if a cohort of frequent switchers has higher-than-average premiums, the insurer would need to prove that this is driven by the risk price.) It would also require a fundamental rethink of how insurers win on aggregators where flexing the ‘street price’ based on proprietary insight into the customer lifetime value – of which retention or propensity to switch is a key element – is essential.

The FCA aims to make switching easier for consumers by removing potential barriers imposed by insurers.

Highest impact remedy: A ban or restriction on the use of auto-renewal of insurance policies, including where there has been a change in the price

Lowest impact remedy: Making contracts as easy to exit as they are to enter for customers

The FCA proposes the ban of auto-renewals as a remedy here. However, it also agrees that, in some cases, auto-renewals are beneficial – especially in motor insurance where they minimise the number of uninsured drivers. We also believe that the need for insurers to reacquire customers each year could increase customer acquisition and servicing costs and increase the medium market price long term.

That said, it is worth noting that a complete ban on motor auto-renewals has been in force in Italy since 2005 to encourage customers to shop around for the best deal.

A more likely outcome could therefore be a requirement to allow customers to opt-in to auto-renewal policies.

With regard to the lowest impact remedy, while the FCA is not explicit here, this would likely lead to a ban on cancellation fees. Customers would no doubt welcome this ban. However, these fees do not obviously prevent those who are unaware of switching from doing so and may therefore do little to achieve the FCA’s goals.

There is already momentum in the industry for products with no cancellation fees, both from incumbers (e.g. Aviva Plus) and new market entrants (e.g. Wrisk).

Increasing transparency on pricing for customers

The FCA aims to increase the level of information insurers provide to consumers – but recognises that this may have limited impact.

Highest impact remedy: Requiring firms to be transparent about price strategies and reasons for price increases

It is not obvious that the FCA has a good sense of how to achieve its objectives in this category: it admits that providing greater levels of information to customers may not help all customers and especially not those with limited financial capability or facing high barriers to switching. This group of remedies feels like the least impactful for insurers.

Given the challenges, remedies in this group are seen as supplementary to the overall package of remedies. As with the other remedies, there would still be a cost associated with the implementation of these measures for insurers. We agree with the challenge outlined by the FCA: insurance renewal documents could start to look like letters provided by energy companies – lots of mandatory information but little actionable insight for consumers.

The questions addressed by the FCA report are tremendously complex. For this reason some parts of the industry were hoping for a slap on the wrist but no formal action. These hopes have certainly not been fulfilled, and the regulator has gone further than many might have expected.

Furthermore, it is clear that the current market pricing practices benefit the majority of customers and enable those who shop around to find a good deal. The concern is around the 6m consumers who are being negatively affected, either because they are unaware of better prices being available in the market or because insurers are exploiting their behaviour. Nonetheless, the risk of taking action that benefits the 6m negatively impacted customer and ending up with a market that is less competitive overall is real.

It remains to be seen where the regulator ends up in Q1 (when final results are due), but the result now seems likely to include some supply-side actions. For insurers this will require at best substantial process re-engineering and at worst a fundamental rethink about their distribution strategy (e.g. aggregator strategy).

Insurers now have the opportunity to provide feedback to the FCA before the final remedies are announced towards the end of Q1 next year.

Make sure to read more of our commentary of the FCA’s research.

Want to know more about the Oxbow Partners Market Intelligence?

Our Market Intelligence product helps the management of UK insurers understand their company’s performance and market trends. Our quarterly reports contain both detailed quantitative and qualitative analysis aligned to each subscriber’s strategy. To find out more, please email us. 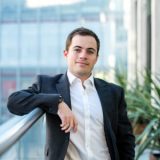 Dougie is a Manager at Oxbow Partners and leads our London Market task force. He focuses on projects helping our Corporate & Specialty clients on a variety of topics including digital distribution, underwriting transformation and technology strategy. Prior to Oxbow Partners, Dougie started his career at BCG and holds a master’s degree in mechanical engineering from Durham University.

Hard or Soft: The end of market cycles?

FCA pricing fairness – What should we be looking for?

Following on from our note last week “FCA Pricing Fairness – One