What Lemonade’s customer reviews teach us

If you read only the mainstream (insurance) media, you’d be forgiven for thinking that digital distributors are revolutionising insurance by delivering a step-change in customer experience.  But the truth is that in amongst the praise they’re also getting their fair share of criticism.

We recently analysed customer reviews of renters insurance in New York State on SuperMoney.com, a US review site. After removing two companies who had less than five reviews, Lemonade is rated only tenth of the eleven companies covered; its average rating of 2.5/10 puts it behind some familiar names such as State Farm (4.1) and Allstate (3.8). 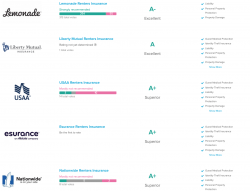 Statisticians will point out that no company has enough reviews on SuperMoney.com to draw conclusions (there are only 11 reviews).  Others might point out that review sites tend to attract extreme opinions.  We accept both of those shortcomings.

This blog is not, however, a statistical analysis of the results.  Instead, we think the customer feedback is instructive for insurers.

The industry loves AI, but customers still want to talk

First, the good news.  Tom J. loves Lemonade.  He loves both the sales process (sub 60 seconds), the price and coverage.  He also loves that his claim was paid instantly.

But the majority of reviews are not so positive.  (As we conceded above, we assume that there is a skew to poor reviews on the site, but that this is true for other companies also.)  Several people complain that it’s hard to contact Lemonade, and in particular to speak to anyone.  Neiman H. expresses their frustration in the review below:

Others point to the slow response rates.  For example Jeremy E. says “3 minutes [to pay a claim] – yeah right”.  (He might be surprised that the claim he is likely referring to was actually paid in 3 seconds – see link here.)

Digitalisation is a point that we have been considering recently at Oxbow Partners.  A number of digital insurers are emerging, some as independent startups (e.g. ONE Insurance – Bitesize coming next week) and others as ventures by incumbents (e.g. Ergo’s Nexible – link, German site).

Some of these ventures are explicit about the fact that they will be “pure” digital players; in other words, that there will be no telephony.

We question whether there is such a thing as a “pure digital customer”.  Is a Millennial really so digital that they’re happy telling a bot that they have been burgled when they get home, or do they want to let off steam on the phone like the older generation?

We believe that a purist approach to digitalisation and automation is misguided.  Instead, proposition design needs to segment processes into a framework that differentiates between value to the business and value to the customer.

Using this kind of framework, businesses can identify processes which lend themselves to automation (generally low value ones) and those where businesses need to invest (e.g. creating an omni-channel communication capability for high-emotion burglary claims).

This framework can be used both at the macro level (i.e. segmenting different processes) and at the micro level (i.e. determining which parts of an individual need to be treated in which way).

Greg is going to write a blog post about this framework and automation more broadly soon.

We have sat through several presentations at both industry and client conferences in the last six months where Lemonade has been put on a pedestal.  “Insurance will never be the same again” we are told.

We’ve always been clear on our coverage of InsurTech (as illustrated on our recent infographic) – we’re not convinced it will turn the industry on its head, but we do think that InsurTech has the ability to shift profits through its enhanced propositions across different elements of the value chain.  Tom J.’s review is evidence that companies like Lemonade are getting traction.

These customer reviews suggest that the big distribution InsurTechs are not perceived as the new, revolutionary propositions that the insurance community paints them to be.  Many consumers see the same faults as existing insurance propositions.

Our message to insurers is therefore this: keep a close eye on what’s happening in the InsurTech world.  Analyse it closely, but don’t assume that everything that they do is what customers want.

An unfashionable, and maybe unpopular, view on the Lemonade IPO

In November 2018, US full-stack InsurTech Lemonade announced that it is coming to Europe