Why is urban cycling so underinsured?

Anyone who has spent time in London or any other major UK city recently will have noticed a proliferation of cycle lanes. These cycle lanes, along with the Cycle to Work scheme, are part of a UK government initiative to encourage the uptake of commuter cycling in the hope of reducing congestion, pollution and obesity in our cities. These initiatives have led to a corresponding uptick in urban cycling: 2017 saw cyclists in London cover 3.5 times the total miles they did in 2001 and 2.5m people now commute by bicycle in the UK.

But this has resulted in an increase in the number of pedestrians being seriously injured or killed by cyclists in recent years. There have been several high-profile accidents involving bikes colliding with pedestrians, resulting in five-figure compensation claims and in the most serious cases criminal sentences. Despite this risk, Pedalsure, a UK provider of bicycle insurance estimates that 85% of cyclists have no insurance cover at all. Of those who do, most have protection for bike damage or theft through their home contents cover, but not third-party liability or personal injury insurance.

Given the readily available data provided by the ONS on bicycle crashes, and the ability to utilise smartphone connectivity through apps such as Strava to create a behavioural pricing model, this is a risk that should be more readily insured. Cycle insurance specific firms such as Pedalsure and Bikmo have made some headway in customer acquisition, with a recent Cycling Insight study identifying Pedalsure as the strongest brand in the space with a 33% recognition rate amongst respondents. However, there is no clear leader in the bike insurance space with 33% of respondents unable to name a single provider, and widespread confusion amongst consumers about what cycling related risks they are covered for through their existing policies.

UK insurers are facing a significant shift in the urban auto-insurance market. Ride-hailing apps, punitive congestion zone charges and public transport initiatives continue to reduce the incentives for private car ownership in cities. To replace this historical source of premium, insurers should turn their attention to the new forms of mobility that will dominate urban environments, from short-term rental platforms such as Zipcar, to bikes and e-bikes.

Insurers must move quickly, leveraging their existing brand awareness and scale to provide insurance solutions for these new mobility trends. Additionally, insurers looking to capture the brand loyalty of a new generation, and to compete on factors other than price in the wake of the FCA pricing review (click here for Oxbow Partners coverage) could start offering multi-vehicle bundles that include insurance for cars, as well as pedal cycles, electric cycles and electric scooters. 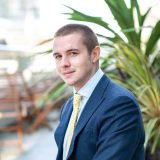 Tom is a consultant at Oxbow Partner and has worked on technology, strategy & operating model engagements. Most recently, Tom helped an ESG-focused Greenfield London-market insurer design its modular technology architecture & corresponding operating model. Tom has also guided a leading personal lines insurer through a multi-million-pound transformation program. Tom has a first class degree from the London School of Economics.

FCA pricing fairness – What should we be looking for?

Following on from our note last week “FCA Pricing Fairness – One

FCA Pricing Fairness – One month in, what have we learned?

Flexibility is the new watchword in insurance