On 19 February Oxbow Partners published the third edition of the InsurTech Impact 25. Click here to download the report, and please let your colleagues know.

Along with our Advisory Board, we spent five months reviewing over 100 companies to select this year’s Members. Members span the value chain and cover both non-life and life insurance, personal lines and commercial.

The market has cooled on InsurTech in the last year. One recent Insurance Insider article asked if we had reached “peak InsurTech”.

We have always argued that InsurTech is a tool for the insurance industry to modernise, and not an end in itself. We are therefore sanguine about its status. But we agree with the broad observation. There are certainly fewer press releases about blockchain pilots these days, and we note that our clients are agnostic about the heritage of potential partners when we do vendor selection work, focusing instead of overall suitability for the intended purpose.

This is both good and bad news for InsurTechs: on the one hand they are invited to pitch for major contracts, on the other hand they are measured against the same standard as any other vendor.

But reaching “peak InsurTech” is not the same as saying innovation is dead.

In the report we reference the wave of InsurTech “mega-deals” that were announced in the second half of 2019. We saw Munich Re investing $250m in Next Insurance, a US-based digital SME broker, and Aon’s acquisition of Coverwallet, also a digital SME broker, for an undisclosed sum. Perhaps the most eye-catching deal was Prudential Financial’s investment in Assurance IQ for $2.3bn. Assurance IQ was set up only in 2016. 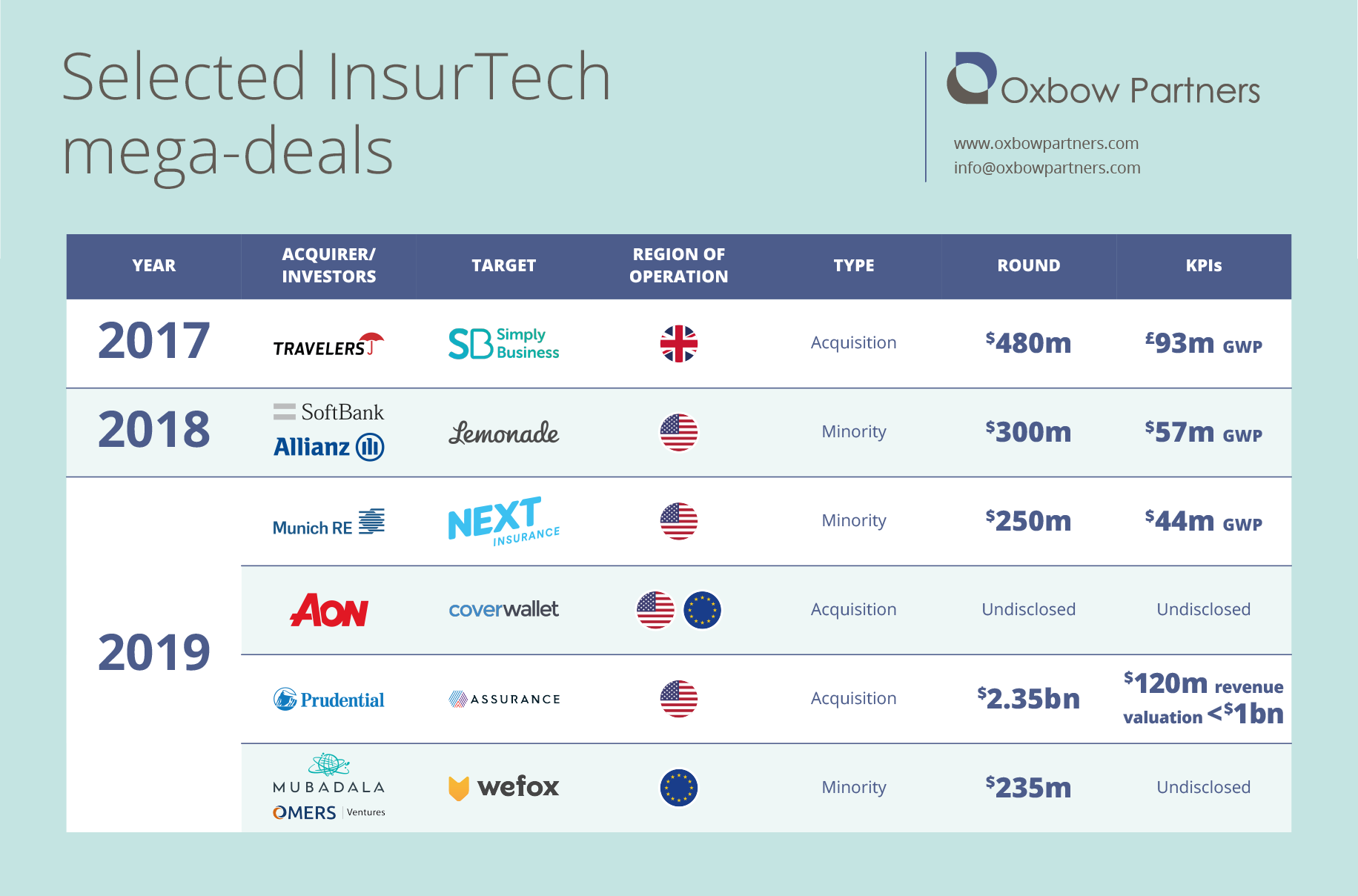 It is, of course, not certain that any of these transactions will look like blockbusters at the end of the decade – such is the nature of early-stage venture investing. But there is a chance, and we argue in the report that a structured approach to innovation will greatly increase an incumbent’s chances of success.

Consider Munich Re’s recent investment in Next Insurance. Next had just 70k micro SME customers at the point of investment. A $250m investment in such a business is a risky move by any measure. However, Munich Re was able to take this calculated bet thanks to the smaller, earlier investment rounds in which it had participated. That gave Munich Re a place at the table to watch the company’s development and get comfortable with a major – potentially game-changing – strategic move.

It is easy to dismiss early stage innovation as a frivolous pastime that is currently en vogue in the insurance industry. However, we see increasing evidence that 2030’s winners will be those insurers and brokers who have integrated an innovation strategy into their broader corporate strategy.

9 healthtech companies in the news

We have previously observed that life, health and pensions InsurTech investment has

What is your prediction for the InsurTech space in 2030?

Change has accelerated after the pandemic, and we are seeing an interest

We define an ecosystem as "a network of digitally interconnected entities... through