Lemonade: What the numbers say

Lemonade recently published their latest ‘Transparency Chronicle’ blog post. The data is a little patchy so we thought we’d do some digging into performance to date and see where things could be heading.

In the spirit of transparency, you can download our spreadsheet with the source data and our calculations here. Please note that this analysis is based on public data and has not been reviewed by Lemonade.

Lemonade: What is it?

Lemonade reported their policy count and losses paid in their 1 June blog (pink boxes below).  In the blue boxes you’ll see our estimates for what this means for other KPIs.  See the spreadsheet to understand how we got there. 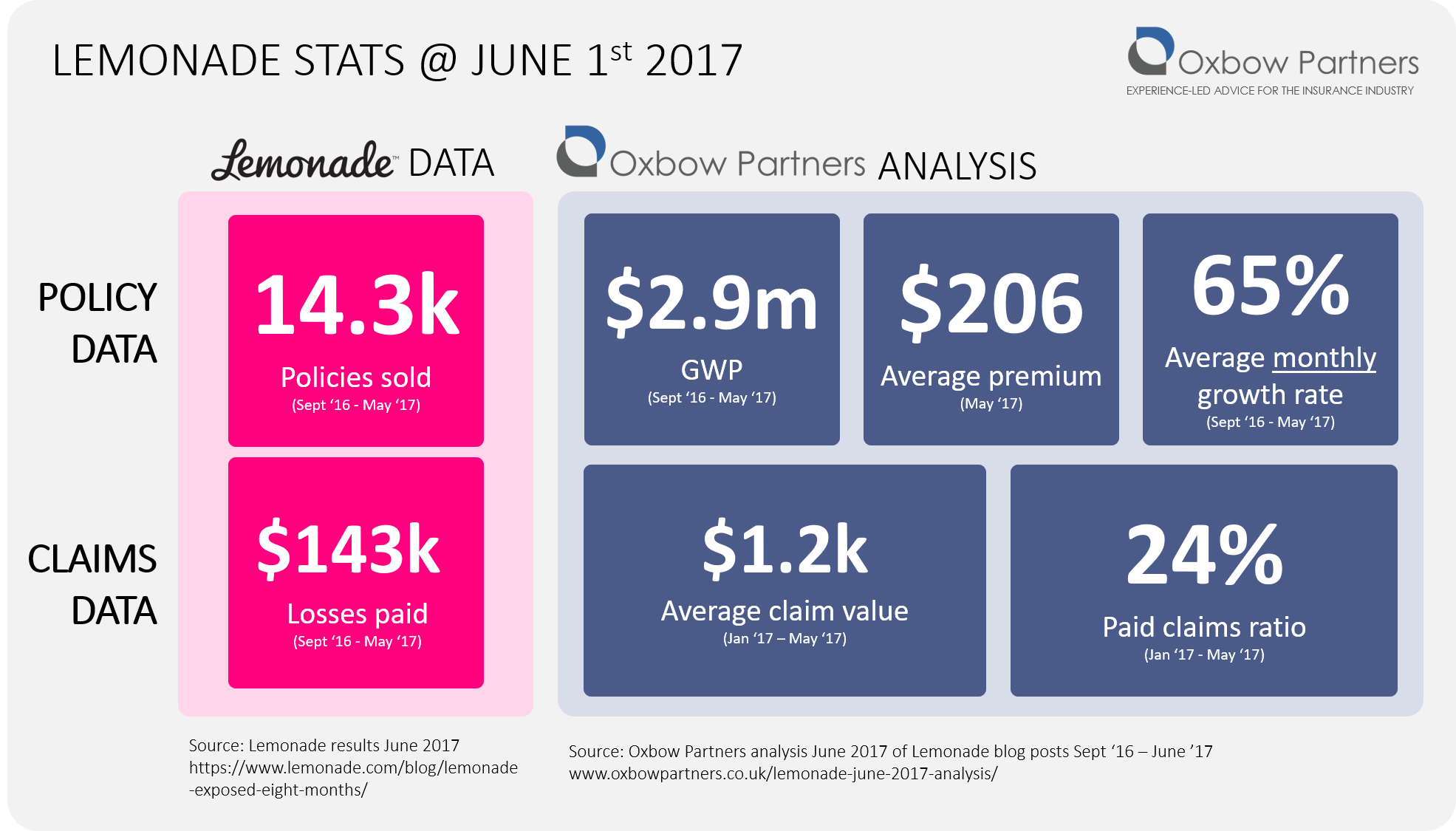 We calculate the paid claims ratio to be 24% for January – May 2017. This is above Lemonade’s estimate for 2016 (20%) but below the New York State market average of circa 50%. This could be helped by a lack of significant loss events so far this year. For example, losses from Hurricane Sandy in 2012 resulted in a doubling of claims costs for insurers compared with previous years. Fingers crossed for the second half of the year.

It’s impossible to forecast GWP for such an early stage and high-growth insurer. However, we thought we’d try a few scenarios. Sticking our neck out, we’re going to predict that Lemonade will hit about $30m of GWP by the end of 2017. 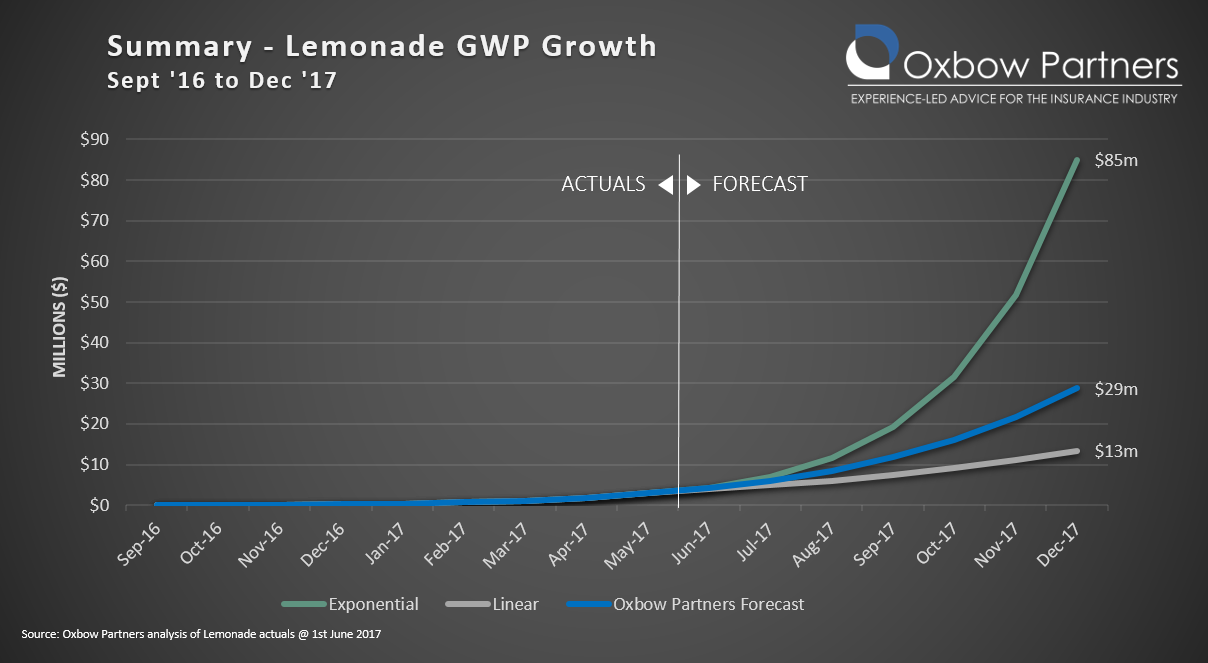 We projected three scenarios for the company:

For these scenarios we have excluded policies from the seven new states currently licenced but not live. These were left out due to negligible effect on volumes and GWP.

Lemonade is so far living up to the hype: it has moved from launch to an early period of rapid growth. It remains to be seen if they can disrupt the market.

For all its plaudits, Lemonade is “merely” an insurer with a well-designed proposition; it’s not what Uber was for taxis or AirBnB was for homeowners/hotels either in the distinctiveness or the network effects of its business model. But ultimately this may be academic. Direct Line was an insurance startup that innovated around the established product in the 1980s and is now a phenomenally valuable company. Doing something better than the market rather than something revolutionary is often not such a bad strategy.

As discussed in our article on ESG and the insurance industry, ESG has

9 healthtech companies in the news

We have previously observed that life, health and pensions InsurTech investment has

What is your prediction for the InsurTech space in 2030?

Change has accelerated after the pandemic, and we are seeing an interest